I was the king of Pokemon

This was done as a school project. The timing couldn't be more perfect as we were tasked with creating a mobile application. I could have chosen something simple to do like a calculator project however creating cheats for games I enjoy is what I like doing.. 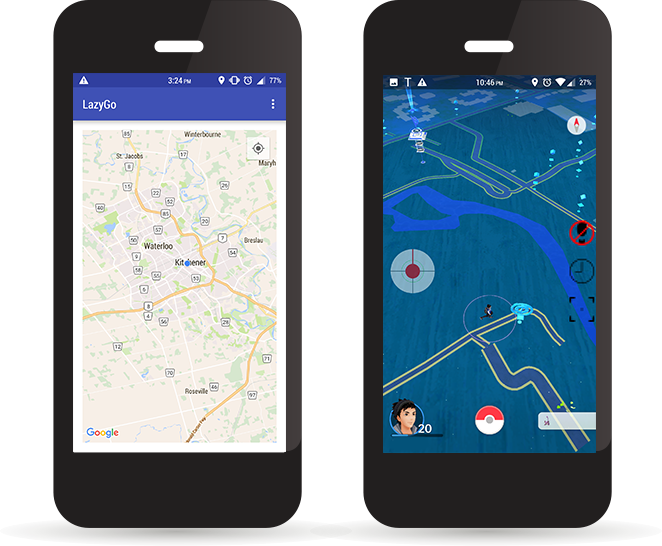 I was the first person in my entire city to have reached level 20 and yes, I had all of the pokemon that was available at the time. This tool / bot / program was the best idea ever. I even programmed a feature that would auto walk around the block to hatch eggs. I would be sitting in class and 'walking' for miles in game. I hatched a lot of 10km eggs just by sitting. My bag was full from, couldn't even hold more pokeballs at the time.

There was also another neat feature which was walking to the nearest gym. This was even lazier than having a joystick on the page. This was automated playing at this point. The last feature to add was auto gym battle but I never got around to finishing it. The developers of Pokemon Go outright removed support for any device that was rooted or jailbroken. This meant I couldn't even play the game fairly :D At this point though the damage was done.